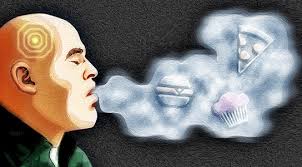 For years massive research funds have been flowing into weight-loss or diet pills.
But recently scientists tried a different approach: the brain.

In mice scientists found a circuit that involved specifick neuron cells inside the brain. With the right chemical they could ' block' or 'unblock' the signal and essentially make the mice experience hunger or loose their apetite.

It needs to be determined if humans have a smilar circuit and if other forms of switches exist. Turn off pain, feeling or increasing certain sensations.

A Rutgers nutritional scientist and two cancer biologists at New York City's Hunter College have found that an ingredient in extra-virgin olive oil kills a variety of human cancer cells without harming healthy cells.
The ingredient is oleocanthal, a compound that ruptures a part of the cancerous cell, releasing enzymes that cause cell death.

Paul Breslin, professor of nutritional sciences in the School of Environmental and Biological Sciences, and David Foster and Onica LeGendre of Hunter College, report that oleocanthal kills cancerous cells in the laboratory by rupturing vesicles that store the cell's waste. LeGendre, the first author, Foster, the senior author, and Breslin have published their findings in Molecular and Cellular Oncology.

According to the World Health Organization's World Cancer Report 2014, there were more than 14 million new cases of cancer in 2012 and more than 8 million deaths.

Read more: Ingredient in olive oil kills cancer cells with their own enzymes 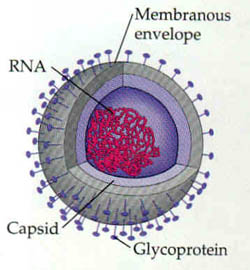 Most people do not know ab lot about viruses except that they infect living cells and cause disease with the most widely known: common cold.
A virus consist of at least 2 and sometimes 3 parts: 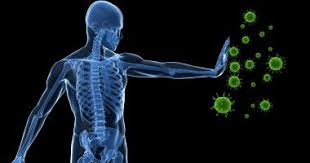 Colloidal silver (a colloid consisting of silver particles suspended in liquid) and formulations containing silver salts were used by physicians in the early 20th century, but their use was largely discontinued in the 1940s following the development of safer and effective modern antibiotics.

It needs to be said that colloidal silver can have potentially irreversible side effects like argyria.